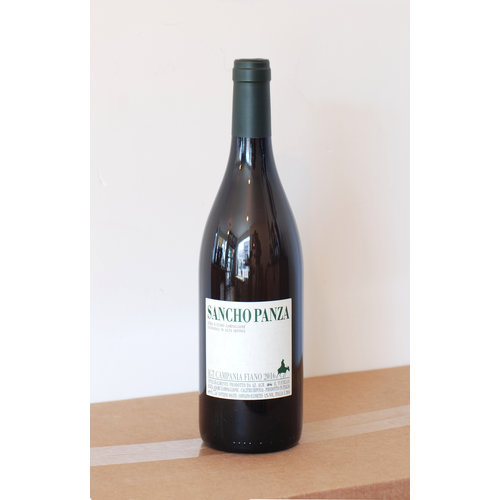 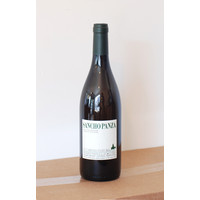 €24,00
Il Tufiello’s 2016 Sancho Panza is made of 100% Fiano, macerated with their skins for 60 days. fresh and mineral-driven, with subtle tannins and notes of orange peel,  apples, aniseed, cream, steel and a saline touch
Beschikbaarheid:
Op voorraad
Delen:

Il Tufiello’s 2016 Sancho Panza is made of 100% Fiano, from vines planted on clayey, dry soil at 800 metres altitude. After a manual harvest, the grapes were destemmed, crushed and loaded into open-topped vats, where they macerated with their skins for 60 days. Fermentation took place with indigenous yeasts, without additions or temperature control. After pressing, the wine was aged for a few months in stainless steel vats. It was then bottled unfiltered and unfined, with only a minimal amount of sulphites added.

Il Tufiello’s 2016 Sancho Panza has a golden-yellow color with an intense, layered nose, with aromas of citrus fruit, hay, fennel, white flowers and a whiff of dried fruit. On the palate it’s medium-bodied, fresh and mineral-driven, with subtle tannins and notes of orange peel,  apples, aniseed, cream, steel and a saline touch. Pairs perfectly with seafood appetizers, especially peppered mussels or stewed eel.

In the mountains near the town of Calitiri – located in Alta Irpinia, in southwestern Italy’s Campania region – Guido and Igiea Zampaglione produce stunning natural wines from the  indigenous Fiano grape. Their family company, Il Tufiello, originally started as a farm cultivating crops such as wheat, oats and sunflowers. The farm, which nowadays also holds three-and-a-half hectares of vines divided among three different vineyards, has been organically certified since 1990. Their Fiano grows at altitudes between 750 and 800 metres above sea level on clayey, tufaceous soils, resulting in clean, mineral-laden wines.